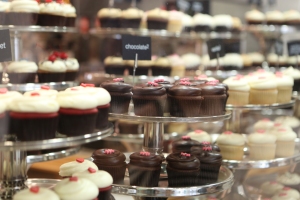 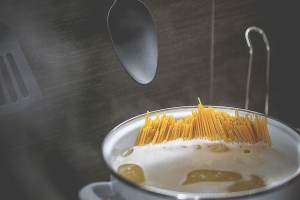 Now retired, the hubby and I are on a fixed income and I, as the grocery shopper, am much more aware of our day to day spending. No longer do I pop into the nearest grocery store on the way home and pick up whatever I decide, on the spur of the moment, will be our supper that day. Now I go in fully armed with coupons and flyers; I know how to price match and am relentless at hunting for bargains. My lists are legendary! But there is a difference in grocery shopping now, the money doesn’t stretch as far as it used to. I may have been a bit ‘laissez-faire’ about spending before I retired but I know that over the last five years or so, prices have gone up – a lot.

To give you even more to ponder, here in Canada, our measurements are in metric. Instead of pounds and ounces, we have kilograms and grams. I think my generation are the last to be able to convert fairly easily having lived with both systems, But although our weight measurement is metric, grocers still advertise price per pound instead of per four hundred fifty four grams or per kilogram. Why? Well it appears cheaper that’s why. After all $5.99 per pound seems a better deal than $13.18 per kilogram doesn’t it?

There are some good reasons for price increases. Fuel prices have soared, wages go up, farmers need more for those same reasons but I’d bet the main reason is to satisfy the company shareholders who expect larger returns on their stock prices year over year. All this aside, the makers of the goods as well as the grocery chains themselves, use some interesting ways to increase profit without consumers even noticing.

A few years ago, before social media was a big influence, the producers of canned tuna reduced the size of the can from 7 ounces to 6.5 but kept the price the same. It came out on the television news but was only a small blurb and most of us were outraged for about two minutes. There was no boycott, no rally against the big companies, just a shrug and acceptance. Then a couple of years later, I saw a commercial for a certain brand of pickle in which an employee was saving his company money by removing one pickle from each jar. This one caught my attention but again no one boycotted or sent petitions to the company and I was busy with other things going on in my life. 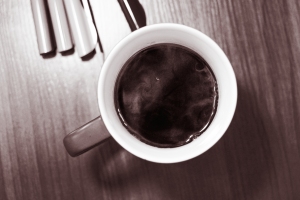 But I’m retired now, on a fixed income, and watching my pennies so I have a reason to find out all I can about the prices I’m paying and how companies are sneaking prices up with out us even knowing about it. The biggest price hike happens when companies decrease the size just slightly and charge the same price. Or they may even drop the price a bit but the trick is that the price per gram (or ounce) is still up on average of nine percent. I mean do you always read the price per gram and remember it from month to month? Hmm there’s a good project for someone, keeping track of per gram changes. But because consumers are more sensitive to price changes than size changes, we make it easy for them. Have you noticed, for instance, your peanut butter looks to be the same as ever, but now there’s a scoop (indentation) on the bottom so the jar actually has less in it. Many company’s will actually brag about their great, new packaging that’s ergonomically designed and blah, blah, blah but they won’t tell you it actually holds less than it used to.

Best things you can do to fight these changes is to be aware of what’s happening and start shopping smarter. There is a long list of things we can change to better manage our grocery costs, probably worthy of another blog but I do believe in being an informed shopper and in telling others. I also am a letter writer and I will write to various companies to let them know I’m on to their ways and am very aware of their price manipulation. It might not make a difference but I always feel better after I send off those emails.

One thought on “How Prices Have Changed – Or Not”