Once again I am apologizing for not blogging as frequently as I promised. I actually made a New Year’s resolution to blog weekly and, as with most resolutions, that one got broken too. I did have a good reason though and you’re going to hear all about it.

I retired from nursing six years ago. The work was becoming hard physically and mentally I felt it really wasn’t as challenging as it could be. I needed something different. I thought I would relax, do some writing, study the use of crystals in health and healing, maybe travel a little, further explore my interest in politics. I did run for political office, unsuccessfully but that was okay. The hubby and I had always wanted, we thought, to spend our winters in a warm place and of course be home the rest of the year. We did travel to Great Britain and had a fabulous trip. We bought a mobile home in Florida and a trailer in Ontario, did some sight seeing, golfing, learned shuffleboard, played cards, all the things snowbirds do, but things change.

We really weren’t satisfied with that lifestyle. When you have worked all your adult life, it’s very hard to make the switch. We missed our sons and their families. The grandchildren were growing up and we weren’t there to see it happen for half the year. Other than being warm all winter, the Florida lifestyle was not for us. Nor was the trailer life we envisioned having here in Ontario. I missed having my “things” around me, I missed my family, and I missed my friends. So we sold our mobile home in Florida and our trailer in Ontario and got ourselves a nice little apartment, easy to care for and once again I have what I need and want at hand. But as I said, things change.

We sold our Florida place in mid-February with the new owners taking possession on March fifteenth. Just after the sale but before we came home we heard that one of our council members had passed away unexpectedly. As I said, I had run unsuccessfully in the city election, three were elected and I came in fourth so I wasn’t sure if her passing would have any effect on me. I got a phone call a few days later from a private citizen to ask if I still lived in the city. Then after a few more days, I received a call asking that, if the city council decided to appoint someone for the last eighteen months of the term and if I was nominated, would I accept the appointment. Since I had long wanted to serve my city and it’s residents, the answer was an easy one for me. I said yes and was subsequently appointed about five days after returning from Florida.

Whew and that’s how I got to this point in my retirement. Things change and I have a whole new life happening right now. I love it! I am working again but I’m not physically exhausted. I’m using my brain, my listening skills, my public speaking skills, what I hope are my people skills. I am a bit obsessive-compulsive at work. I like a clean desk at the end of the day, accomplished not by just putting everything away but by answering the messages & solving the problems. I am trying to make my city just a little bit better and am thoroughly enjoying this new life. 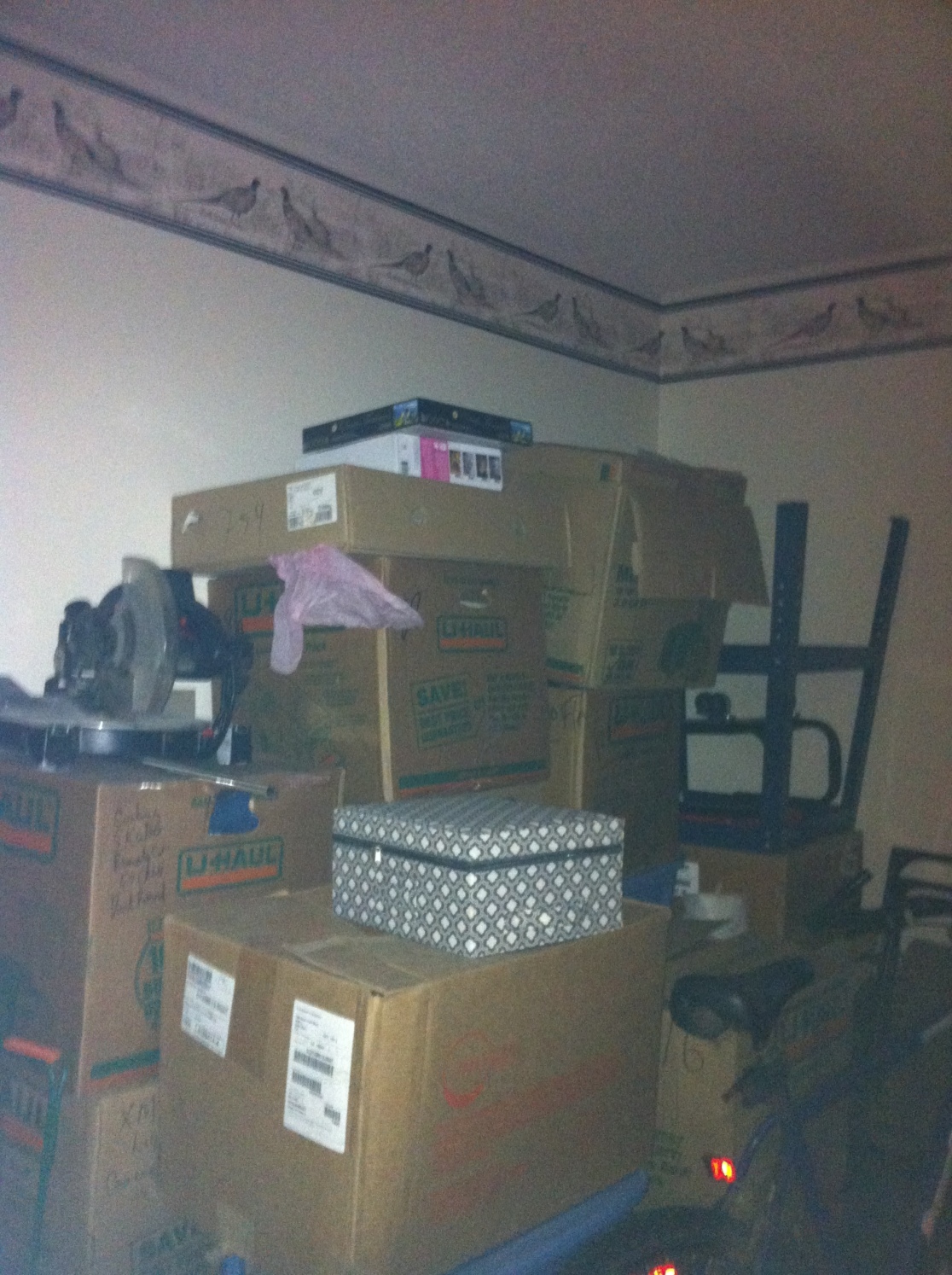 Moving can be a real pain and though we have moved many times, it never gets easier. Part of the reason it’s hard for us is because we prefer to do it ourselves with the help of two of our sons and perhaps a couple of friends. What can I say – we’re too cheap to hire movers. But finally, after this move, the hubby and I have agreed that moving is too hard physically and if, God forbid, there is another move in our future, we’ll use a company that employs some young strong lads to cart our stuff around.

I must give you a little insight as to why we have moved so much lately. One of our retirement dreams, from years gone by, was to have a mobile home in Florida and a home, trailer, here in Ontario. To us this was the ideal, warm weather year round and one floor, not too large, to clean. So a couple of years after I retired and the hubby’s company closed its doors and laid him off, we sold our house and down-sized to a town house. Purging was next on the list (now that’s a real hardship)We stayed there for two years, did a few other things we wanted to do and relaxed. We next bought a mobile home in Florida. So far we were on the right track but….. The hubby decided it was silly to be paying big rent when we weren’t there so we gave notice and moved most of our belongings etcetera to a large storage unit. As part of the purge, we also sold a couple of appliances and some furniture and we donated things we knew we’d never use again. I regret selling some of our things but hey, it’s a chance to shop right?

It was great! Off we went to Florida for three months and we enjoyed every minute of our time there. In spite of a very low dollar exchange rate, we really had a good time. A little bit of shopping, some golf, visits with friends who came to our area for a week or two, it was perfect. There is a lot to be said for gardening in February. But we had to return to reality and we had no place to live. EEK! Panic was about to set in.

We purchased a trailer about forty kilometres from our previous home and it was just okay. The thing I missed the most was having my own things around me. My pictures, my good dishes, all the flotsam we have accumulated, were stuck in storage. And this unit is seasonal, meaning it closed on Thanksgiving. Again the push was on to find a place to live. Our little city seems to have a definite lack of rental units. We got lucky and happened to run into a friend who, upon hearing our tale of woe, said he would put a word in with his landlord as there just happened to be a unit coming available. Yay for us, the downside being this wouldn’t be available until the week before Christmas. Off to the mother-in-law’s place in Nova Scotia for six weeks but a whole lot happier. We had a plan! Yes she is ninety-one and still in her own home and she likes me and I, her so we are very compatible. It wasn’t a hardship to stay there and gave us a bit of a breather while we regrouped and planned our move.

Which brings us to the current time and place. A few piles of boxes that won’t be emptied before we leave for Florida. But the storage unit is empty and my favourite things are once again around me. And we’re staying put, we’re here for the long term because I am not moving again!